5 Reasons the Iran Deal Doesn’t Matter to You

**This article originally appeared at Treasure Fleet on August 20, 2015 and has been reproduced with the author’s permission.**

A little disclosure up front: I am a strong supporter of President Obama’s proposed deal on Iran’s nuclear program.  The Joint Comprehensive Plan of Action (JCPOA), as the agreement is officially known among policy wonks and the chattering class, was announced by the Permanent 5 members of the UN Security Council (China, France, Russia, the UK, and the US) plus Germany and Iran on July 14, 2015.  I had a small role in laying the initial groundwork for what ultimately evolved into this bargain several years ago along with several Iranian, Arab, Israeli, Chinese, Russian, and European colleagues.  I support it for a host of geo-strategic reasons that we can get into if you’re itching for an unproductive argument about foreign policy.  But my focus today is why this agreement really won’t matter for most Americans.

When corporate clients, friends, and acquaintances here in Colorado learn about my experience with US-Iran policy, they often ask for my thoughts on what this deal means for 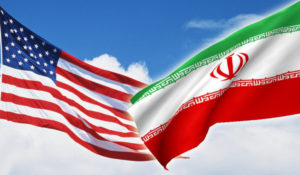 opportunities to do business in Iran with an expectant look in their eyes as if I’m about to unveil something that will unlock the exotic riches of the orient.  The truth is that no magic carpet ride is imminent.  What follows are five reasons that, whatever you think of the politics surrounding the Iran deal, its impact on US companies that want to trade with Iran are vanishingly small.

1. Sanctions relief is not certain.

Many commentators and policy-makers, particularly those opposed to the Iran deal, criticize the sanctions relief included in the JCPOA.  However, there are some major hurdles in the way of its implementation.  First and foremost, the US Congress will have an opportunity to scuttle the deal.  Even though the bargain’s opponents in Congress can’t muster enough votes to block it, they can still make the deal’s implementation difficult for the Obama administration at a time when scoring political points for appearing “tough” on Iran and thwarting a lame-duck President can win votes.  This political milieu means that there is a significant chance the sanctions relief included in the JCPOA never sees the light of day with the result that the segregation of the US and Iranian economies continues indefinitely.

2. Sanctions relief is not immediate

Even if the Iran Deal is implemented in full, we shouldn’t expect to see US sanctions relief anytime soon.  Under this rosy scenario sanctions won’t start to be lifted for several months and most likely not until the middle of 2016.  In the meantime, the activities that were prohibited with Iran the day before the JCPOA was announced will continue to be prohibited until further notice from the Department of Treasury’s Office of Foreign Assets Control (OFAC).  Once OFAC announces changes, companies interested in doing business in Iran will need to work very closely with compliance professionals to determine what is permissible and what remains forbidden.  This will be complex, time consuming, and probably costly.  Not the kinds of words sales and marketing departments like to hear.

Frankly, there will be little impact on US companies because the sanctions relief included in JCPOA is so limited.  In this agreement the US only arranged to lift selected, nuclear-related sanctions such as extraterritorial sanctions that restrict the ability of non-US persons to work with Iran.  This is a fancy way of saying that the Islamic Republic will only receive relief from sanctions outside the US.  Those sanctions involving US citizens, companies, or products will largely remain in place as will US sanctions of Iran based on human rights violations and state sponsorship of terrorism.  The meat of US sanctions that forbid the export of US goods and services to the country as well as those that prohibit most US people and companies from transacting business with it will remain in force until Congress modifies them.  Did I just hear you laugh?  Yeah, me too.  The possibility of Congress reducing sanctions on Iran seems remote.

So after the JCPOA is fully implemented beginning in mid-2016, US sanctions policy on Iran will revert to what was essentially its policy in 2010 when secondary sanctions were first imposed on the Islamic Republic.  Show of hands: how many of you were doing business with Iran in 2010?  Seeing none, we’re on to point 4.

4. The sectors of the Iranian economy affected by sanctions relief are minimal

While US economic sanctions on Iran are extensive, American firms have long been able to export goods such as food, medicine, and medical devices to Iran with a special license.  This policy will not change under JCPOA.  The only significant Iranian sector affected by US sanctions relief is aerospace.  Once the implementation of JCPOA begins in 2016, US firms will be allowed to obtain a special license to sell or lease commercial passenger aircraft and parts to Iran for civilian use.  While this is no small victory, unless you’re Boeing this probably won’t impact you.  And if you are Boeing, why are you reading this blog?  Don’t you have expensive consultants to tell you this stuff?

On the other side of the coin, once the agreement is implemented, the US will once again allow the importation of Iranian carpets and food that were allowed from 2000 – 2010.  Pistachio lovers get ready.  Moreover, one area where US sanctions relief under JCPOA might have broader impact involves foreign subsidiaries of US companies.  Under the agreement, OFAC will be able to issue licenses for such entities to engage with Iran so long as its activities are consistent with the agreement.  Not exactly the unleashing of pent-up US entrepreneurial zeal but this could be a way to ease into more integrated economic ties over time.

5. Keeping up with the Joneses can be dangerous.

A number of companies – particularly Chinese, Russian, Indian, and some European firms – will ramp up their activities in Iran.  US businesses will need to be wary of participating in a “Persian gold rush.”  Just because a competitor is entering the Iranian market or transacting business with an Iranian partner doesn’t mean they are complying with US law, or even their home country’s law.  The US and European sanctions against Iran are likely to remain in place for some time after this deal is implemented.  US firms in particular need to base their decisions on OFAC guidance as well as changes from other US regulatory agencies such as the Bureau of Industry and Security.  You don’t want those guys knocking on the door of your corporate headquarters.

All of this is a long way of saying that while there are many legitimate political, security, and strategic disagreements in the debate over the Iran Deal, the broad opening of the Iranian market to US companies is not one of them.  If all goes well with the agreement we may see a gradual economic opening that will benefit both Iranian and US firms.  That day simply is not today.

Tyler Rauert is a global attorney at Polaris Law Group in Longmont, Colorado. Prior to joining Polaris, he spent nearly a decade in the Washington, DC national security community, served as Associate Professor in Law and Strategy at the National Defense University in Washington, DC, worked in the US Senate, and was a consultant on the use of force in international law. He currently serves on the Board of Directors of the World Trade Center Denver and Chairs its Trade Policy Committee, Co-Chairs the Colorado Bar Association’s international business transactions unit, and is a Director-at-Large for Denver Sister Cities International. Tyler has a J.D. and Master of Arts in International Affairs from American University. He also received an LLM in International Business Transactions from the University of Denver’s Sturm College of Law.

PrevPreviousVW Under Fire: Legal fallout of the emissions sensor deception
Next25 Dead, 1 Apology, No Clear Answers: Has the U.S. Committed a War Crime?Next