Responsibility to Protect in the Wake of the Paris Attacks

On Friday November 13, 2015, France experienced a sequence of horrific terrorist attacks, for 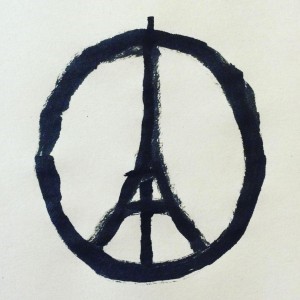 which the Islamic State claimed responsibility; nonetheless, the attacks have also been linked to Syria. In our reaction to the events on Friday, it is important to remember all of the positive efforts that France has engaged in to aid the persecuted peoples of Syria. In reflecting on the grim events there are two important things to remember: the Responsibility to Protect (R2P) and “Liberté, Egalité, Fraternité.” The first, is the UN doctrine of humanitarian intervention to protect the welfare of individuals, which France has heavily advocated for throughout the Syrian conflict. The second, is the French national motto, “Liberty, Equality, Fraternity,” which embodies the French spirit and is reflected in Article 1 of the Universal Declaration of Human Rights, “All human beings are born free and equal in dignity and rights. They are endowed with reason and conscience and should act towards one another in a spirit of brotherhood.” It is critical in this time of crisis for France to base its reaction on the foundation these two principles.

Over the last four years, France has advocated for the use of the R2P doctrine, led the investigation into the humanitarian violations of President Bashar al-Assad, and offered protection to about 5,000 Syrian refugees (more than double the number the U.S. has admitted). However, in reaction to Friday’s attacks, President Hollande stated that France will “lead the fight and we will be ruthless.” In this moment of crisis, President Hollande should rather stand steady in France’s position based on humanitarian intervention.

To honor the 129 (and counting) lives lost in the terrorist attacks, France, and the world, should stand by those still suffering from the extreme persecution that is occurring in the Syrian state. Less than a month ago, Laurent Fabius, Minister of Foreign Affairs and International Development, met with other leading nations to discuss a transition in Syria to protect the civilians and “confirm[ed] the commitment of France to go forward with its initiative on a collective code of conduct.” The “code of conduct” to which Minister Fabius referred was R2P. In 2005, the United Nations Member States agreed to the R2P doctrine and it should be with this doctrine that we continue to intervene in Syria. R2P is comprised of three pillars:

The implementation of R2P requires that action be ordained under the provisions of the United Nations Charter, which essentially gives decision-making authority to the Security Council. The implementation of R2P begins when states have failed to meet the needs of their people; then international obligation requires states to prevent and punish genocide, war crimes, and crimes against humanity. Conventional and customary international law understands this obligation. However, the R2P is not meant to be a military intervention that threatens sovereignty, rather, it is designed to prevent atrocities, react to the active occurrences of violations, and help rebuild after a crisis has passed. In essence, as Secretary General Ban Ki-Moon put it, the R2P is satisfy “the aspirations of people everywhere for a safer, more secure world for ‘We the peoples.’”

The R2P is, admittedly, only an international norm, carrying with it no obligation under international law. Thus far, implementation of the R2P has been prevented by Security Council vetoes from China and Russia. Dr. Simmon Adams argued in a Global Centre for the Responsibility to Protect Occasional Paper Series that each failure of the Security Council to act has increased the level of violence used by President Bashar al-Assad.

The violence used by President Bashar al-Assad has indeed been horrific. In April 2014, the Permanent Representative of France to the United Nations addressed a letter to the Security Council, S/2014/244, which provided testimonial, photographic, and medical evidence of crimes against humanity and war crimes. Included in the letter were graphic images of Syrians who had been detained by the agents of the Syrian government; in viewing the photos, the images are reminiscent of images from the Holocaust. Following this report, France proposed a resolution, backed by 58 countries, to have the Security Council refer the situation in Syria to the International Criminal Court (ICC). Unfortunately, this resolution was vetoed by Russia and China. This veto occurred in spite of France’s previous advocacy that the Security Council members refrain from using their veto power when mass atrocity crimes are at stake.

Nonetheless, in a bold move France began its own investigation of President Bashar al-Assad in September, to hold him accountable for his administration’s human rights violations. This investigation will require that France identifies French nationals among the victims, but France’s continued attempts to hold President Bashar al-Assad accountable are commendable. While this effort may ultimately be unsuccessful, the investigation is giving attention to the 8,871 Syrians being kidnapped, detained, and/or tortured; not to mention the larger number of 200,000, which is how many Syrians have died since the beginning of the conflict. These lives certainly do not diminish the value of the lives lost in France on Friday, but France should be proud of its efforts to help end the Syrian crisis; and should not abandon these efforts.

Currently, there are 4,287,293 registered Syrian refugees. What is important now for France, and the world, is to remember that there are people in Syria who need international humanitarian protection. In light of the inhumanity that we, as a world, have witnessed, we must not be so feeble-hearted as to close our borders to those seeking refuge. France, and all of us, need to take to heart the words of Remi Piet, an assistant professor of international affairs at Qatar University, “any link to the refugees coming from Syria is an error because refugees are the first victims of Daesh [ISIL].” Providing shelter to refugees and acting with integrity, a spirit of protecting our innate humanity, are embodied in the guiding principles of the Responsibility to Protect and “Liberté, Egalité, Fraternité.”

Alison Haugen is a 3L Sturm College of Law and Graduate School of Social Work dual degree student and a Staff Editor on the Denver Journal of International Law and Policy.