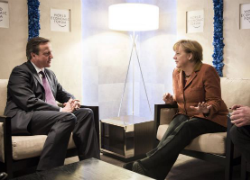 This is a follow up post to my prior post: David Cameron Wants Out of the EU: What are the Risks and Rewards? Britain’s Prime Minister, David Cameron, arrived in Berlin last week to engage in talks with German Chancellor Angela Merkel. The purpose? Demonstrate “the close relationship between the two center-right leaders and a … Read more