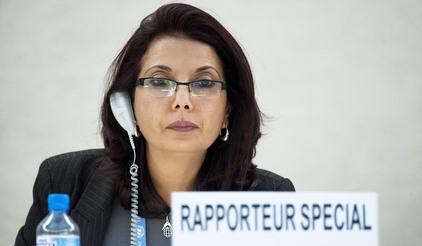 If “idle hands are the devil’s workshop,” and if our own hands are not idle when we use machines and other property to do our work for us, then does the resulting prosperity guarantee our salvation? Though the title of this blog is not an entirely fair play on Max Weber’s, The Protestant Ethic and … Read more

China, like the U.S., has a website that is dedicated to finding missing and exploited children called, “Baby Come Home.” Unlike the U.S., a large percentage of those children have probably been kidnapped for adoption by unsuspecting American parents. Since China opened its doors to international adoption in 1991, over 83,000 Chinese children have received … Read more

This is the final blog of a series of three blog posts addressing technological solutions to combat human trafficking. This post analyzes the efforts private partnerships to encourage the application of technology to create anti-trafficking solutions. The first blog in this series discussed the scope of human trafficking worldwide, and domestic and international instruments designed … Read more

This is the first in a series of three blog posts addressing technological solutions to combat human trafficking. This post provides context on the issue of human trafficking, including a brief summary of the existing domestic and international legal instruments addressing it. The second blog will discuss the importance of the increased use of technology … Read more