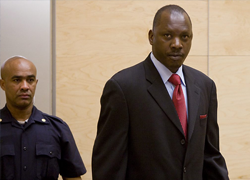 On March 14th, the International Criminal Court (ICC) delivered it first judgment, finding Thomas Lubanga guilty of three child soldier war crimes offenses.  The verdict is a welcome victory in the fight against impunity and it is some measure of justice for the 60,000 persons killed in the Ituri province in Eastern Congo.  But the judgment highlighted … Read more 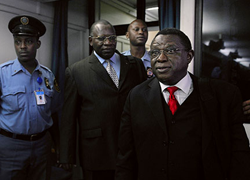 Last Wednesday Judge Meron at the Rwanda International Criminal Tribunal lowered the sentence of the leader of Rwanda’s genocide. Here is a link to an article on the decision. Colonel Theoneste Bagosora was alleged to be the person who made the decision to commit genocide against the Tutsis and set about planning and preparing for … Read more