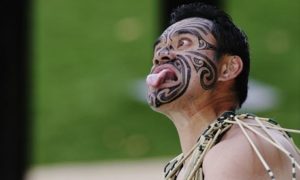 Earlier this year, from March 30 to April 1, the World Intellectual Property Organization (WIPO) put on the Seminar on Intellectual Property and Genetic Resources, Traditional Knowledge and Traditional Cultural Expressions: Regional, National, and Local Experiences (Seminar).  Justice Joseph Williams of the High Court of New Zealand expressed, in his opening address, his belief that the seminar was “an opportunity to take stock, evaluate why the subject is important in the world legal order, and why movement is required.”  Globally, indigenous cultures have been subject to rampant cultural appropriation of their traditional knowledge (TK).  On the international stage, little has been done until recently to provide protection.  But the problem is that intellectual property laws traditionally can do little to provide protection.  Finding a solution to such a delicate and complicated issue is why seminars like this are important.

The Director General of the WIPO could not have been more correct in his assertion that the seminar was timely.  There has been greater recognition in recent years of the effects of cultural appropriation on indigenous peoples.  For example, in 2009, the Maori of New Zealand were officially handed back control of the Haka war dance after a decade of legal battles.  The dance was being appropriated by the New Zealand All Blacks rugby team.  Cultural appropriation like this undermines the traditional significance, including the spiritual value, of cultural property and TK.  And for the Maoris (and many other indigenous peoples), such cultural appropriation is not an isolated incident.

However, coming up with a solution to this problem has been difficult.  The WIPO’s own committee on the issue was prevented from meeting this year due to internal disagreements.  The Seminar’s aim was to bring together different viewpoints and to “exchange experiences of treatment of traditional knowledge,”  And there were many differing solutions brought to the table from around the world.  No two were alike.  And while regional approaches may have their benefits, without an international intellectual property scheme, how would indigenous peoples protect their TK from being exploited oversees?

PrevPreviousMistaken as Terrorists: How innocent Syrian refugees are prevented from resettling in the US
NextIdentifying Torture: A conspicuous ambiguityNext