Is it Time for a More Robust Registration Convention?

In December 2004, the United States representative to the UN Committee on the Peaceful Uses of Outer Space (COPUOS) commented that the Registration Convention—the international treaty mandating that states provide certain location and function information about things they launch into space—serves three purposes: it provides traffic management information to the spacefaring community, enhances safety, and identifies space objects.  The representative was perhaps being generous when he said that the Registry “has served a useful function in regard to each of these concerns.”

First and foremost, there are two international Registries for states to report their space objects.  Resolution 1721 B created a Registry in 1962.  When the Registration Convention came into force in 1976, a second Registry was created to comply with the requirements in that treaty.  On top of these, there are myriad national registries.  Consequently, no one registry has a complete list of registered space objects.  Any benefit to traffic management and safety is undermined by an incomplete list. 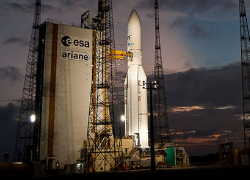 To compound the incompleteness, not all space objects are registered.  Indeed, the “timely manner” requirement is often overlooked as satellites are registered months after launch.  The United States did not register the Space Shuttle launches until the orbiter was back from its mission.  Clearly, a state cannot take precautions during launch if it bases its traffic management and situational awareness analysis on a list that does not yet include a space object in orbit.  Therefore, any effective registry should have a requirement that the orbital specifications be logged before the space object is launched and very soon after the space object changes position.

A satellite’s orbital parameters—the satellite’s nodal period, inclination, apogee, and perigee—are not usually able to provide long-term location information about the space object.  Station keeping, the uneven heating of the Earth’s atmosphere, and other perturbations introduce an element of randomness that cannot be accounted for in long-term conjunction analyses.  So while publishing this data—if published before the space object is launched—may initially help other states with traffic management, if not updates regularly, the data is unhelpful.

However, the Convention’s requirement that the satellite’s purpose be published serves an important purpose.  Specifically, this requirement should help ensure that no illicit space objects are launched.  The United States, however, describes most registered items as “[s]pacecraft engaged in practical applications and uses of space technology such as weather or communications.”  Russia and China are more open about their satellites’ purposes.  Of course, expecting a state to be open and honest about issues of national security is naïve, byt suspiciously listed items could be further examined by the international community.  This, hopefully, would go toward promoting the peaceful use of outer space.

So while the Registration Convention has gone a long way toward promoting some transparency in outer space activities and reminding launching states that they retain jurisdiction and control over their space objects, the practical effects in terms of assigning liability for collisions and allowing states to avoid other objects in orbit are more limited.

In 2007, the General Assembly adopted a resolution advocating for an enhanced registration regime.  Many of these suggestions made practical sense.  Harmonizing the registration process, for example, is a simple change that would ensure that states provide the same information (regarding orbital characteristics) using the same metrics.  It also counsels states to update the registry when the satellites orbital dynamics change.  There seem like common sense suggestions.

Beyond those fixes, the desirability of further modifications to the Registration Convention depends on what our goals are.  If keeping space free of nefarious space objects is our goal, the current regime is probably sufficient.  However, if we want to create a more robust liability regime, more is needed.

In the short run, labeling pieces of the satellite should help—although certainly not solve—issues of liability.  If a fuel tank with a US flag lands on a farmhouse in Argentina, it is difficult for the US to claim ignorance.

Granted, this would not help with collisions in outer space: (1) any collision where liability is unclear is likely to involve a component piece (that would be too difficult to label) and (2) it would be impossible to physically examine the wreckage for registration labels on orbit.  Issues of identification would be better resolved through space situational awareness—that is, tracking the location of satellites and debris using sensors.   That, however, is a discussion for another day.

As for the Registration Convention: it accomplishes its purpose as a historical repository and a method for verification.  What more could we want from it?

Dan St. John is the Editor in Chief of The View From Above.  In addition, he founded the Space Law Society at Denver Law and is the Captain of DU’s Manfred Lachs Space Law Moot Court team.