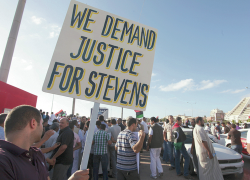 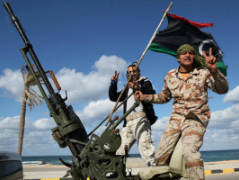 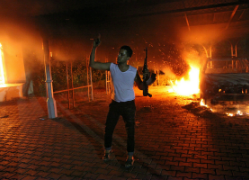 As the dust from the armed intervention in Libya settles, the dangers of outright regime change are laid bare.  This has brought about a certain amount of what might be called buyer’s remorse on the part of organizations and governments previously supportive of the humanitarian intervention in Libya.  One of the main problems of regime … Read more 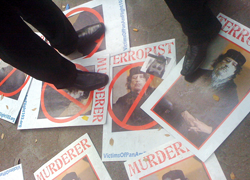 A few weeks ago, Professor Ved Nanda posted on the significance of the Libya conflict for the concept of R2P. This entry takes issue with with Professor Nanda’s comment that “time will tell whether NATO by overstepping its mandate in Libya may have damaged the concept”, and instead argues that R2P in its current form … Read more 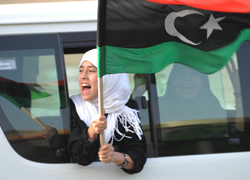 The recent uprisings which toppled Ben Ali in Tunisia and Mubarak in Egypt spread fast throughout the Middle East and North Africa.  They overtook Libya, as well.  Inspired by the revolutions in Tunisia and Egypt, protesters and demonstrators filled the streets in several Libyan cities.  Qaddafi called those opposing his brutally repressive regime, “cockroaches” and … Read more