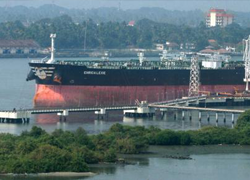 In my last post about the Enrica Lexie incident, I stated that under the United Nations Convention on the Law of the Sea (UNCLOS), Italy had excusive jurisdiction over the Italian military personnel who allegedly killed two Indian fishermen mistaking them for pirates. Roger Philips at Communis Hostis Omnium rightly pointed out that the Convention … Read more