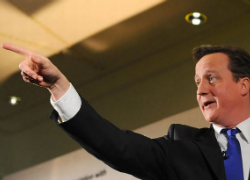 The Treaty of Maastricht established the European Union (“the EU”) under its current name in 1993.[1]  The Treaty included a Social Chapter that laid “down EU policies on workers’ rights and other social issues.”[2]  The Treaty also established an economic and monetary union, which required the Member States to (1) coordinate their economic policies, (2) … Read more

As the Syrian Civil War rages unabated, the conflict has taken on a distinctly sectarian angle.  Bashar Al-Assad’s forces are now composed mainly from the President’s own Alawite sect, an offshoot of Shi’a Islam, which sees the fortunes of their minority community as intertwined with those of the regime.  After 2 years of brutal urban … Read more