In 2008, the International Olympic Committee was widely criticized for allowing China to showcase Beijing while not adequately addressing human rights concerns.  Five years later, the IOC is now embroiled in another human rights situation, as Sochi, Russia, will host the 2014 winter Olympics.  The 2014 Sochi Olympics have been criticized for a number of … Read more 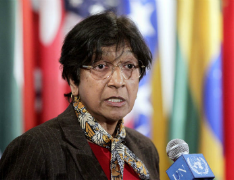