Congo’s M23 rebels, a group comprised mostly of Tutsi defectors from the Congolese army, launched an uprising in Congo in the spring of 2012.  They have since been advancing in eastern Congo against the weak Congolese army.  On November 20th, the rebels invaded Goma, an eastern border city that had been thought a safe haven … Read more

On Tuesday, President Obama announced that the newly formed Syrian Opposition Council is the only “legitimate representative” of its country’s people.  This was a big step as the international community has increased its efforts to end Syrian President Bashar Assad’s reign.  By recognizing the Syrian Opposition Council, the U.S. joins Britain, France, and other Arab … Read more 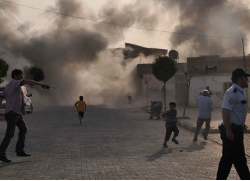