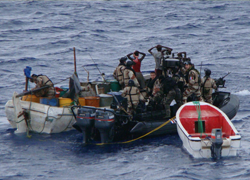 While running through my piracy news roundup yesterday morning, I came across this piece by Robert Young Pelton of Somalia Report. In it, Pelton criticizes a report by Australia’s Lowy Institute that deals with the use of privately contracted armed security personnel (PCASP). I took particular interest in a small tangent within Pelton’s piece that reflects an incorrect sentiment that … Read more 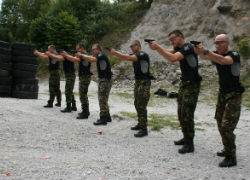 Academi LLC, the private security contractor formerly known as Blackwater, has agreed to pay a $7.5M fine as part of a deferred prosecution agreement with the U.S. government, according to an FBI press release.  The company, which has earned billions of dollars in government security contracts in Iraq and Afghanistan, will pay the fine along … Read more 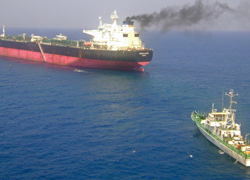 A dramatic story of death at sea has recently ignited both the Indian and Italian press. The story has yet to reach the United States, but it has all the makings of a headline-maker. Two Italian military personnel, operating as armed guards aboard the merchant vessel Enrica Lexie, are being investigated for the murder of … Read more